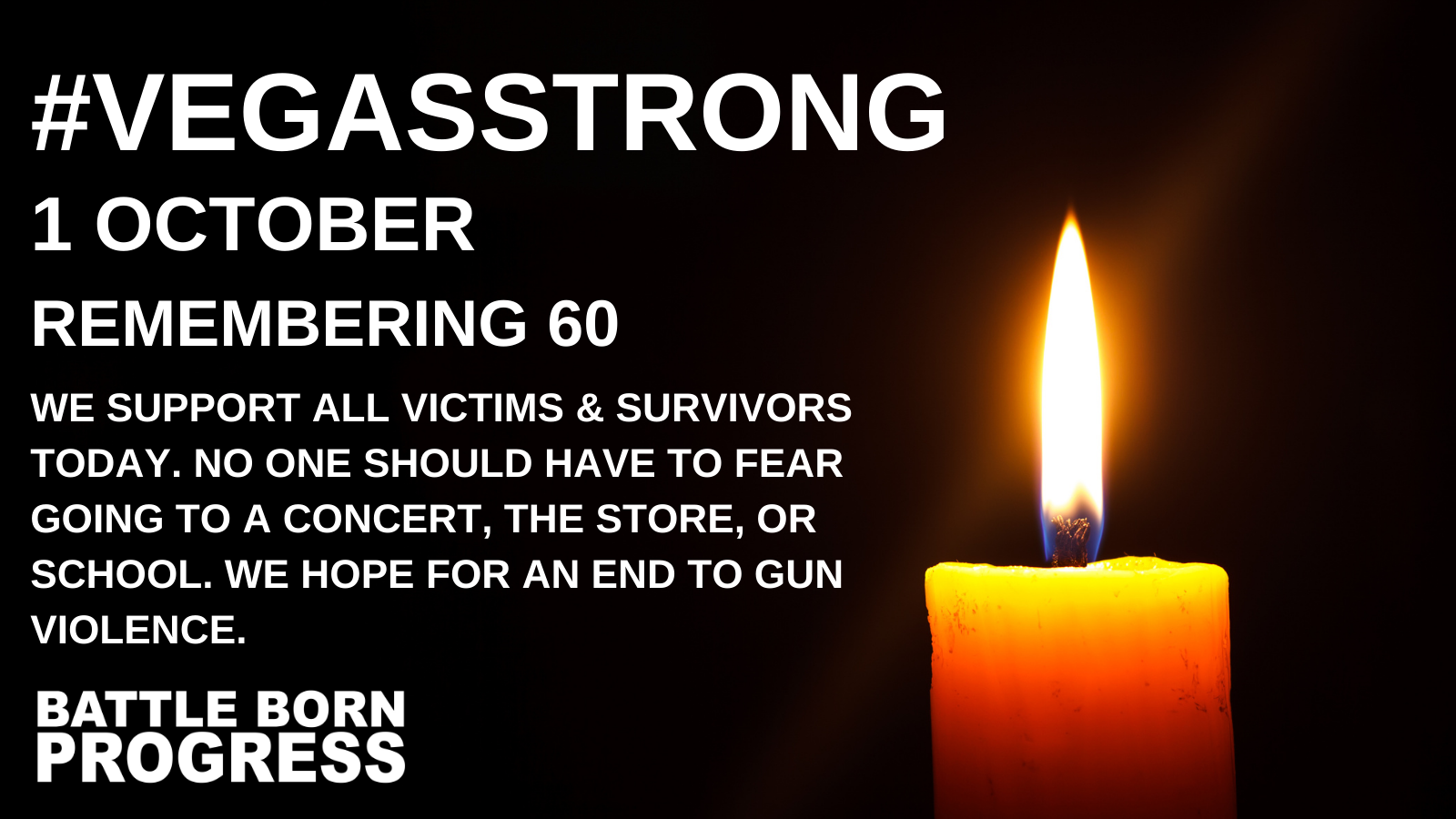 “Each year, this day is a reminder of how far we must go to stop gun violence. We are proud of the progress we’ve made as a state with common sense legislation addressing this issue. Our premiere goal will always be supporting impacted individuals. Survivors of 1October and all other incidents of gun violence deserve better than just, ‘thoughts and prayers.’ They deserve action.”

“It is shameful that we do not have full, unequivocal support from law enforcement on the issue of gun violence prevention. Specifically, from Sheriff Joe Lombardo, who used 1October as a misguided and dangerous talking point this past summer. Trying to redirect the issue of gun violence onto mental health only serves to stigmatize mental illness and ignores how the shooter’s substantial arsenal contributed to the massacre. The priority should be to make Nevadans safe, not to pander to the gun lobby.”

“By contrast, we have incredible Nevada leaders who are advocating for policies that will decrease gun violence. This week, Congresswoman Dina Titus introduced legislation to ban bump stocks, the tool of choice for the shooter on October 1, 2017. We also have survivors of 1October like Assemblywoman Sandra Jauregui, who have turned their trauma into action by passing bills like AB286, banning ghost guns, SB143, implementing background checks on all gun sales, and AB291, for safe storage and extreme risk protection orders. Going forward, updating Nevada’s preemption laws, banning assault weapons and high capacity magazines and prohibiting people with hate crimes from purchasing firearms are all policy goals we aspire towards. No one should be at risk of being shot at school, the grocery store, a movie theatre or a concert because of a lack of sensible public policy. We refuse to allow gun violence to be normalized and we challenge all of our elected officials and community leaders to do the same.”