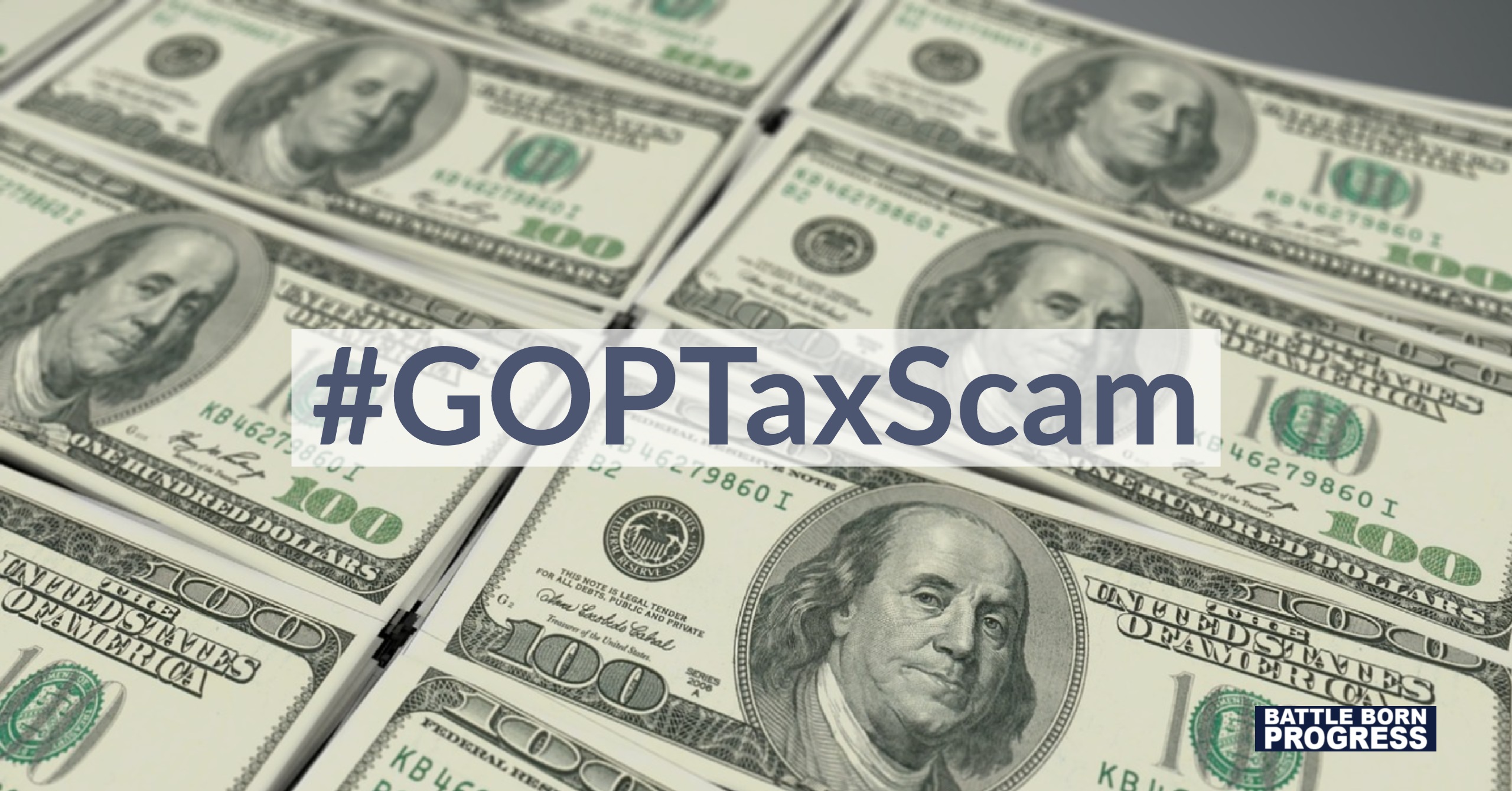 The tax plan promoted by Trump and Republicans in Congress is dangerous and will put important programs Nevadans depend on at risk.

The Trump-GOP tax plan comes at a dangerous cost, with cuts to Medicaid and Medicare, on top of many other cuts to important programs that Americans depend on.

In Nevada, this would mean that $1.3 trillion will be cut from Medicaid and other healthcare programs, which thousands of Nevadans depend on.

This plan is dangerous and expensive. Wealthy corporations and rich businesses will get a big tax cut, while individual Americans pay more.

Tell Congressman Amodei and Senator Heller to stand up for hardworking Nevadans and oppose this dangerous scheme.