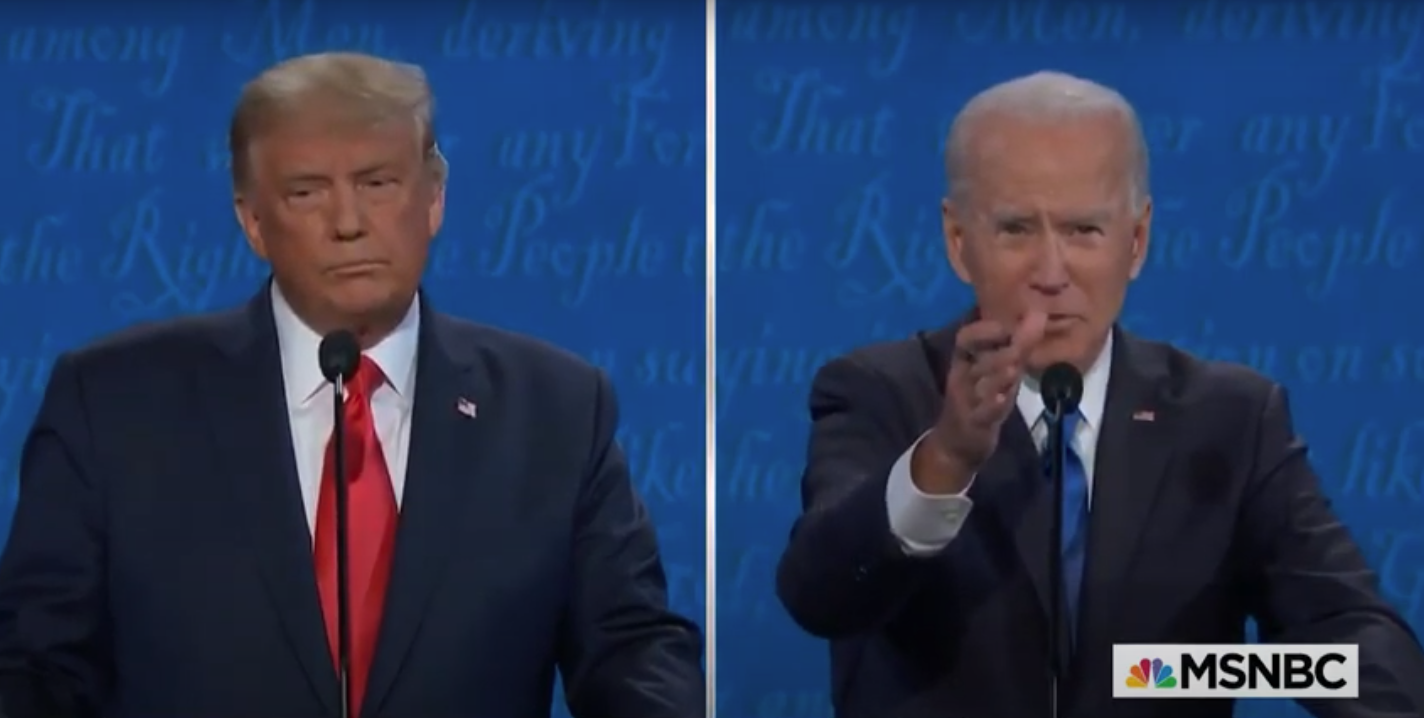 Posted at 02:54h in News by Will Pregman
0 Likes
Share

“The mute button teased for tonight’s debate went sadly underutilized. President Trump once again lied to distract from his failed record on handling COVID-19 and the economic nosedive that occurred as a result. He has nowhere to hide from the fact that 220,000+ Americans died due to his negligence. He also exhumed his racist, anti-immigrant rhetoric from 2016 in an attempt to play the hits for base. Referring to immigrants as, ‘rapists,’ and, ‘low-IQ,’ while claiming to be the, ‘least racist person in the room,’ was a moment of head-spinning cognitive dissonance we’ve come to expect by now. And flippantly commenting, ‘good,’ in response to the news of over 500 undocumented children orphaned by his racist agenda once again put his despicable character on full display.”

“Vice President Biden stayed focused on talking about gravely serious issues that are impacting Americans, especially here in Nevada. From protecting healthcare, passing a new relief package, aggressively fighting climate change, and concrete steps to increase oversight and accountability for law enforcement, Biden laid out his closing argument in the form of policy proposals aimed at helping working families and creating a better future. President Trump’s statements cast blame and articulated no plan to solve the immediate public health crisis, let alone any of the other issues facing regular Nevada families. To the contrary, he told 60 Minutes, “I hope they end it,” when asked about the Supreme Court’s pending case regarding the fate of the Affordable Care Act. Trump’s closing pitch is that he not only has no plan, but that his foot is firmly on the gas pedal accelerating our country towards further disaster.”