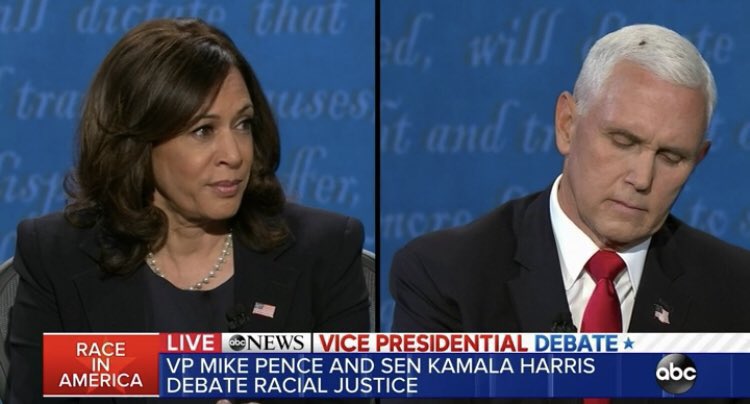 Posted at 03:01h in News by Will Pregman
0 Likes
Share

“Senator Kamala Harris began tonight’s debate by stating the obvious: that we have witnessed the “greatest failure of an administration,” the country has ever seen. During her historic appearance on tonight’s stage, she talked about concrete plans to take on the pandemic, economic crisis, and racial injustice. Meanwhile Vice President Pence tried to defend the  Trump’s administration’s indefensible policies that have hurt Nevadans during the pandemic and over the past four years. He leads the COVID Task Force and all he has to show for it is over 210,000 dead Americans and an ongoing public health and economic crisis. Pence’s effort to deceive and dodge responsibility for his role in this tragedy were unimpressive and insulting to our intelligence. Pence’s opposition to the plexiglas divider is symbolic of his lack of leadership or seriousness in addressing COVID-19.

“There is no Trump-Pence plan for healthcare other than dismantling the Affordable Care Act. We know that during the last four years prescription drug costs have risen, millions of people have lost insurance, and the administration is still working through the Courts to strip healthcare away from millions more, during a pandemic. Harris talked about expanding access to health insurance and protecting coverage for pre-existing conditions.

“Pence has no explanation for why there has not been another COVID-19 relief package, besides his own inability to stand up to Trump’s irrational behavior. Nevada has been hit with massive unemployment, cuts to education and cuts to local services. Instead of focusing on how to help the American people, Pence is preoccupied with ramming through a Supreme Court Justice before the election. Harris talked about investing in working families in order to create good paying jobs by repealing the Trump tax cuts for the wealthy.

“Pence’s attempts to undermine protests serve only as an attempt to discredit opposition to this corrupt administration. Should Trump refuse to accept the results of the election, the same brutal tactics will be used against those demanding he leave office. The vast majority of Black Lives Matter protests have been peaceful and demand simply for a country where Black people are not treated like criminals in their own neighborhoods. Meanwhile, both Trump and Pence have continued to sympathize with violent white supremacists and organizations.”

Pence’s views on reproductive rights are antiquated and out of touch with Nevada. Nevada is a pro-choice state, which is why our Governor and State Legislature acted boldly to codify these rights in the last legislative session. Harris understands how important it is for women to make decisions about their own health, including abortion. The Trump-Pence agenda is anti-science, anti-choice drivel that endangers women’s lives and autonomy.

Pence continues to push for a Supreme Court nominee who will not take healthcare seriously in a time when millions of Americans need access to healthcare. Pence continues with his party, to support Trump’s packing of the courts with narrow-minded, elitist nominees. All of this is happening less than 30 days away from an election, giving the people no voice in this process and discarding Justice Ruth Bader Ginsburg’s passing wish.

Pence showed how fully he has drunk the Trump Kool-Aid by pedaling more unfounded conspiracies about mail-in voting. Voting by mail is a safe and secure way to get counted without putting one’s health at risk, and it has been in practice in many states, including Nevada, for years. But like Trump, Pence knows that more people being able to vote is a disadvantage for him, because he might face accountability for his failure to protect the American people. We will be working with our allied partners and local elected officials to monitor and counter voter suppression tactics in the upcoming election.