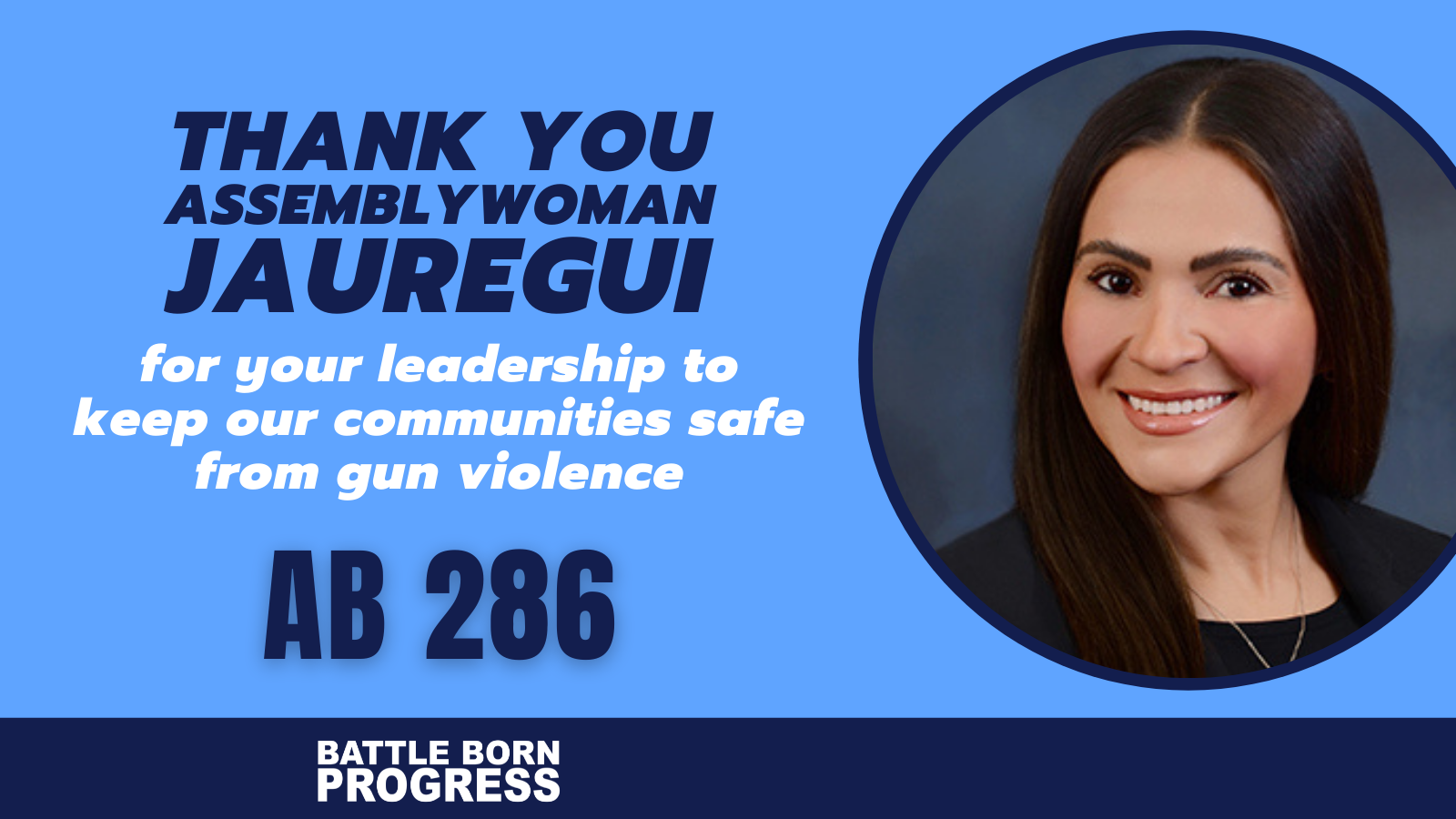 Posted at 21:32h in News by Will Pregman
2 Likes
Share

CARSON CITY, NV – This afternoon, the Nevada Senate Judiciary Committee voted to pass  Assembly Bill 286 (AB286) a bill sponsored by Assemblywoman Sandra Jauregui to ban the manufacture, sale, and transfer of ghost guns. The bill included a new amendment to better clarify the definition of an antique firearm, which is exempt from the bill, and provide time for those in possession of these devices to sell them back to a licensed dealer or manufacturer.

“We thank the Senate Judiciary members who voted to move AB286 to the full Senate Floor today. We especially thank Chairwoman Melanie Scheible for conducting a fair and engaging hearing that allowed for a thoughtful discussion about the danger posed by ghost guns and how to address them. Of course, we thank Assemblywoman Sandra Jauregui once again for her courage in sponsoring this bill and demonstrating leadership on stopping the proliferation of ghost guns in Nevada.

As the federal government and Biden administration debate action on ghost guns at the national level, Nevada is showing it’s already ahead of the curve on gun violence prevention by moving this bill forward. Ghost guns are being increasingly found at violent crime scenes all over the country because their untraceability and ease of purchase make them attractive to those who wish to do harm. Nevada company Polymer80 is responsible for exporting this carnage, something that is an embarrassment to our state. We look forward to seeing AB286 receive a vote by the full Senate to bring Nevada one step closer to banning dangerous ghost guns and move it to the Governor’s desk.”