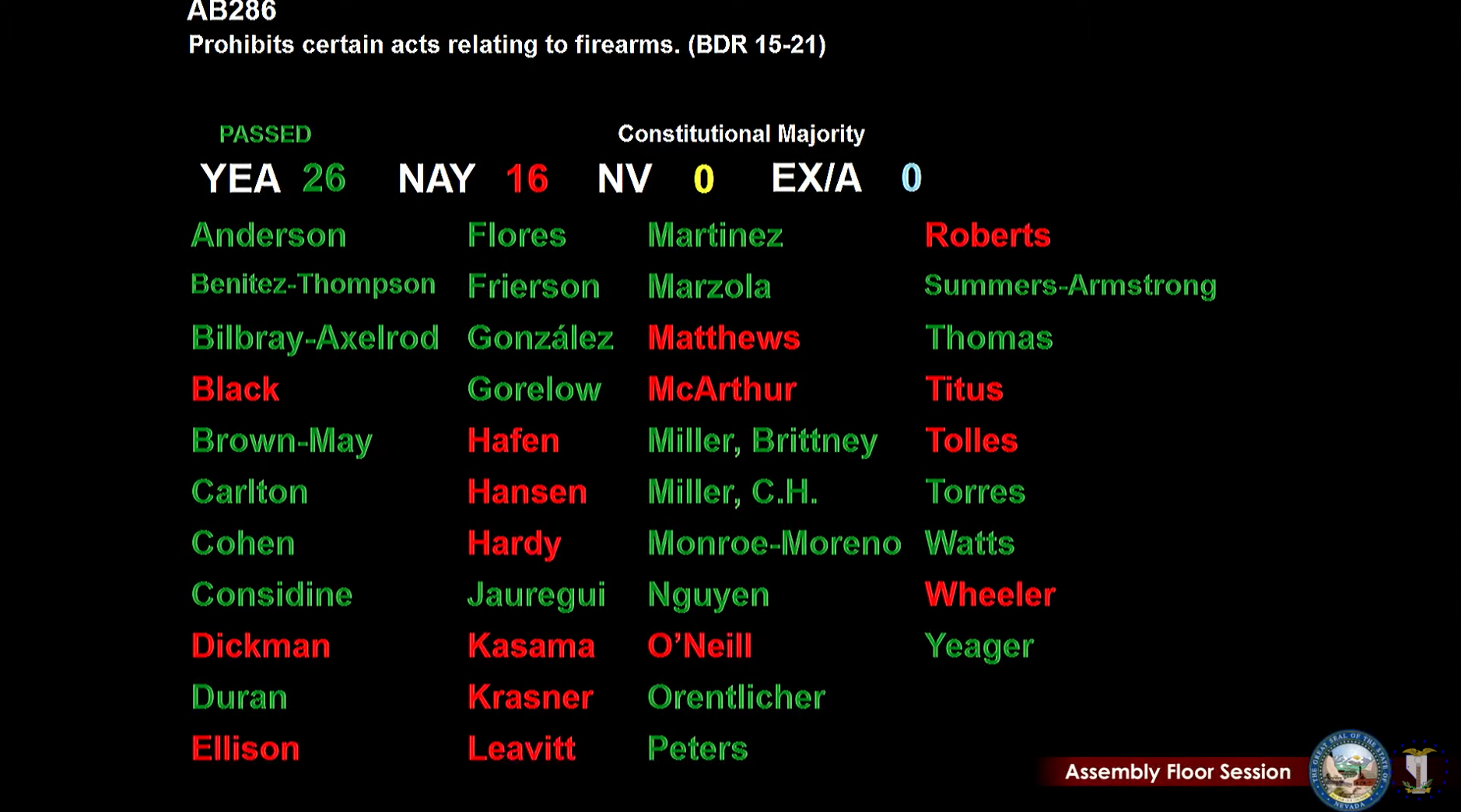 “We are incredibly thankful that the Nevada Assembly has approved AB 286. From this morning’s mass shooting in West Hempstead, to the numerous shootings communities across the country have suffered through these past several weeks, our country cannot continue simply saying ‘enough is enough’ without taking real steps to stop these constant occurrences of gun violence. AB 286 takes action in line with President Biden’s executive orders to outlaw dangerous, unregulated, and untraceable ghost guns, which are increasingly the weapon of choice in gun violence cases. This bill will ensure the sale of the untraceable firearms ceases in Nevada ahead of possible federal guidelines, which is key because we cannot wait any longer to take action on this issue.”

“Further, Nevada should have no business exporting these weapons, as companies like Polymer80 have done. This company, based in Dayton, advertised ghost guns parts and kits for sale with the slogan ‘buy, build, shoot,’ which is a reckless, harmful message for a tool that ought to be used responsibly. The company was raided after an ATF investigation linked the makeshift guns assembled with their unfinished kits to hundreds of violent crime scenes throughout the United States. As a gun owner myself, I understand responsible gun ownership requires knowing and abiding by federal and state laws to keep our community safe.”

“We thank Assemblywoman Sandra Jauregui for her continued bravery and leadership on keeping our communities safe from gun violence. This is a great win for our movement to end gun violence in Nevada. We still have a ways to go in ensuring our communities are safe, but by prohibiting ghost guns, our state will prevent countless unlawful gun purchases and crimes. We look forward to working with the sponsor, and our Nevada Senators, to ensure it’s passage in the Senate. We will also continue to work on other critical gun violence prevention measures this session as well.”