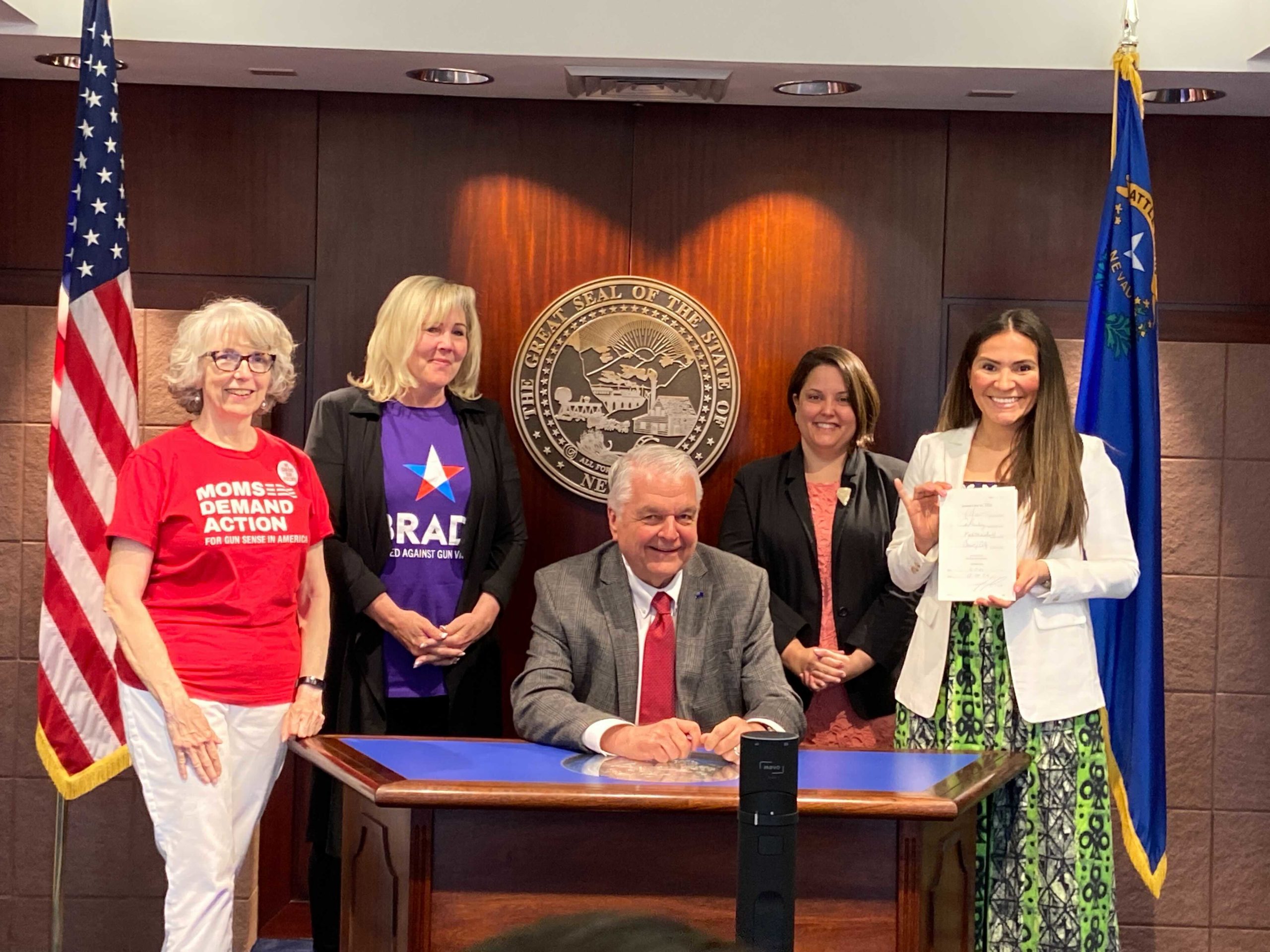 Posted at 19:52h in News by Will Pregman
2 Likes
Share

LAS VEGAS, NV – Today, Governor Steve Sisolak signed Assembly Bill 286 (AB286) a bill sponsored by Assemblywoman Sandra Jauregui that would ban the manufacture, sale, and transfer of ghost guns. The portions of the bill outlawing the sale of these unserialized self-assembled firearms would take effect on January 1st, 2022, to give time to those in possession to sell or dispose of these weapons with a licensed gun dealer or manufacturer.

“Last session, I was so proud to work with Assemblywoman Sandra Jauregui and stakeholders across Nevada to pass common sense gun safety measures including closing the background check loophole and banning bump stocks,” said Governor Steve Sisolak. “Today’s legislation builds upon the progress from 2019 by outlawing “ghost guns.” This will help prevent criminals from obtaining and assembling weapons without serial numbers that they otherwise wouldn’t be allowed to purchase. I want to thank Assemblywoman Jauregui for working with a diverse coalition to bring this bill to my desk for signature and for continuing our efforts to create a safer Nevada for all.”

Assemblywoman Sandra Jauregui said:
“I stand in solidarity with every survivor of gun violence. My story is their story and as a survivor that is also a legislator, I believe strongly that I should be using my voice and my unique role to stand up for all common sense approaches to solving this epidemic. AB286 is just that, A commonsense approach to reducing gun violence by closing a loophole that allows prohibited persons and minors to buy ghost guns without a background check.”

Annette Magnus, Executive Director of Battle Born Progress, said:
“We thank Governor Steve Sisolak for signing this critical bill today. AB286 builds upon the gun violence prevention work from last session by prohibiting untraceable, unserialized ghost guns. Ghost guns are increasingly shown to be the weapon-of-choice in violent crimes here, and across the country. By signing this bill, Governor Sisolak has put a stop to the sale of these gun assembly kits in Nevada that could be cheaply bought by minors and other prohibited persons without a background check.”

“We also thank Assemblywoman Sandra Jauregui, who worked incredibly hard this session to sponsor this bill and meet with stakeholders to reach a consensus to get it passed. Thanks to her efforts, Nevada is once again leading the way for gun safety as the federal government continues to roll out guidance on ghost guns at a national level. Today, we are overjoyed that this legislative session was a successful one for gun violence prevention, and look forward to the implementation of this bill and future work with the Governor and the Assemblywoman to make Nevada’s communities safer. ”

Former Congresswoman Gabrielle Giffords released the following statement:
“Nevada knows the heartache of gun violence all too well. Sadly, it’s getting worse. The gun lobby has helped fuel this crisis by allowing easily obtained and untraceable “ghost guns” to be a booming market. Thankfully, we have leaders with courage who are not afraid to act. Led by Assemblywoman Sandra Jauregui, a survivor of the 1 October shooting in 2017, the Nevada legislature and Governor Sisolak have stood up against the proliferation of ghost guns. AB286 will help save the lives of Nevadans.”

Brady President Kris Brown said:
“Today is a historic day, as Nevada becomes only one of a handful of states and cities to ban untraceable ghost guns. This law is the result of hard-fought advocacy from Nevadans who are tired of gun violence across their state and the courageous leadership of Assemblywoman Sandra Jauregui, herself a survivor of the mass shooting at the Route 91 Harvest Music festival in Las Vegas on October 1, 2017. Thanks to their efforts and to Gov. Sisolak’s prudent action today, ghost guns and the unregulated parts and kits used to make them will soon be banned. This law respects the rights of all Nevadans and gun owners, including hobbyists, while working to keep Nevadans safe. It is common-sense and it will save lives.”

Alyson Gilles, volunteer with Nevada Chapter of Moms Demand Action, a grassroots network of Everytown for Gun Safety, said:
“Ghost guns are the fastest growing gun safety threat in the country, allowing anyone to make an untraceable weapon, and they need to be treated as such,” said Alyson Gilles, a volunteer leader for the Reno chapter of Moms Demand Action. “These deadly weapons make it easier for people with violent histories to have access to guns, and by signing this legislation the governor will save lives. We are thankful that Governor Sisolak, Assemblywoman Jauregui, and lawmakers are standing with us in this fight to protect Nevadans and prevent gun violence.”