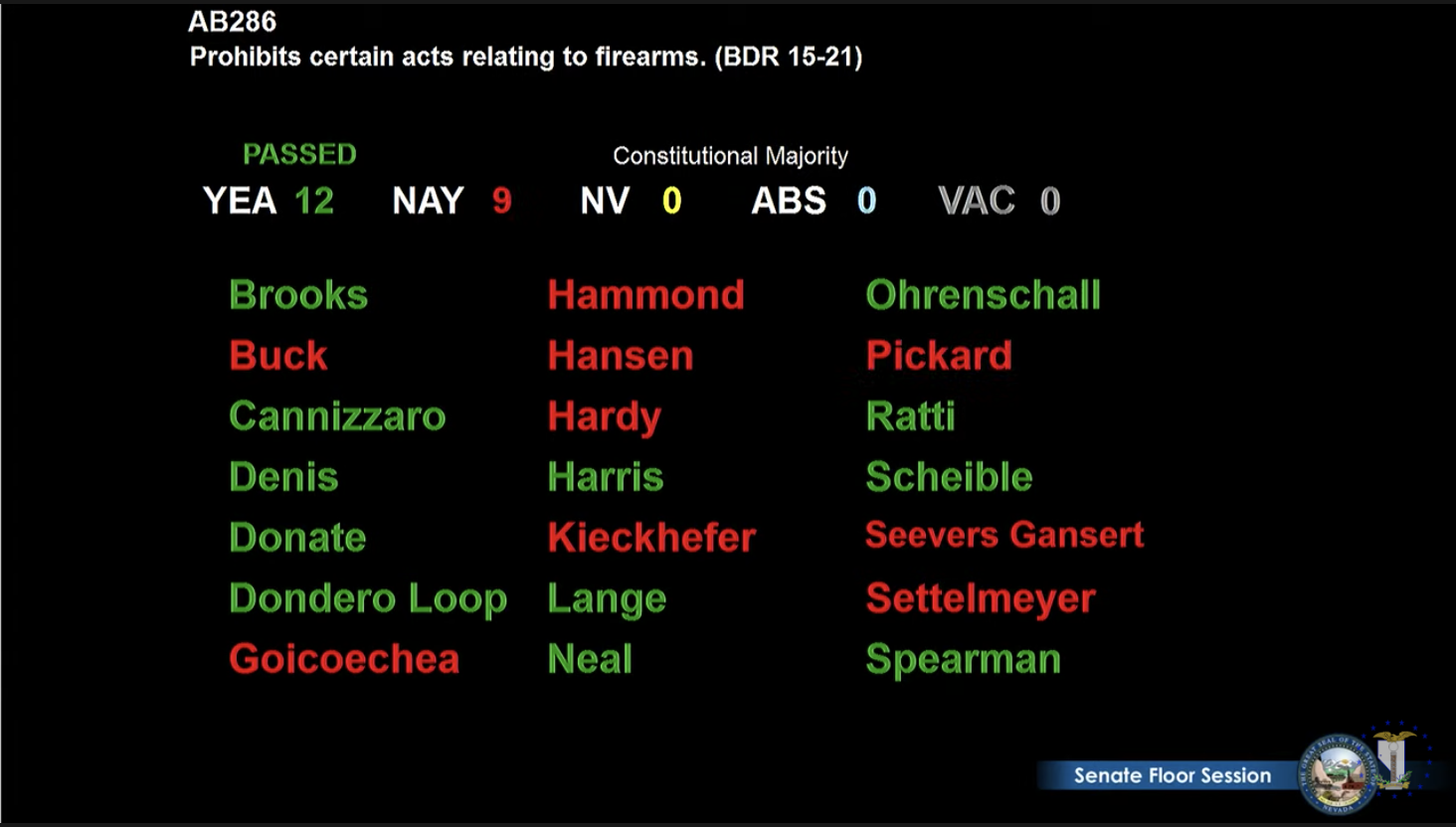 Posted at 22:39h in News by Will Pregman
2 Likes
Share

CARSON CITY, NV – Today, the Nevada Senate voted to pass Assembly Bill 286 (AB286) a bill sponsored by Assemblywoman Sandra Jauregui that would ban the manufacture, sale, and transfer of ghost guns. The portions of the bill outlawing the sale of these unserialized self-assembled firearms would take effect on January 1st, 2022, to give time to those in possession to sell or dispose of these weapons with a licensed gun dealer or manufacturer. The bill will head to the Assembly for a concurrence vote, before heading to the Governor’s desk for his signature.

“We are thrilled to see the Senate vote to approve AB286 today. Untraceable ghost guns are a threat to Nevadans’ safety and this bill embodies what responsible gun ownership ought to be about. We are so thankful for the bravery and leadership of Assemblywoman Sandra Jauregui to sponsor this legislation. Her work with stakeholders and experts to make this bill as strong as possible demonstrates why she is a gun violence prevention champion.

While the Biden administration considers action on ghost guns at the national level, Nevada will soon show that we are ahead of the curve on gun violence prevention with AB286. Ghost guns have increasingly been found at violent crime scenes all over the country. Without a serial number to trace them, and no background check needed to buy them, ghost guns are the ideal weapon-of-choice for those who wish to do harm. Nevada company Polymer80 has been responsible for exporting some of these weapons, which is a shame on our state. We look forward to seeing AB286 arrive on Governor Sisolak’s desk for a signature very soon.”