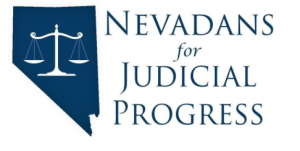 LAS VEGAS – On Wednesday, August 31, Nevadans for Judicial Progress will gather at Senator Dean Heller’s office with community activists from Southern Nevada to send him back to Washington D.C. with the message that he needs to do his job and ensure our country has a fully-staffed Supreme Court. Activists will deliver a large number of beach balls to Senator Heller as a reminder of the hundreds of Nevadans that have asked him and his colleagues to do his job move the nomination process along immediately.

President Obama’s Supreme Court nominee, Judge Garland, has waited more than 160 days for consideration by the Senate. The long wait has had unprecedented impacts on Nevada and across the country. A number of cases were left in split decision, including United State v. Texas that would have addressed the president’s immigration executive actions.

Senator Heller should be ashamed of this obstruction that led to justice delayed for many Nevada families and millions more across the country, it’s long overdue for him to do his job.

WHO: Nevadans for Judicial Progress and community members

Notes: Spanish speakers will be available

These following 5 principles convey our goals: