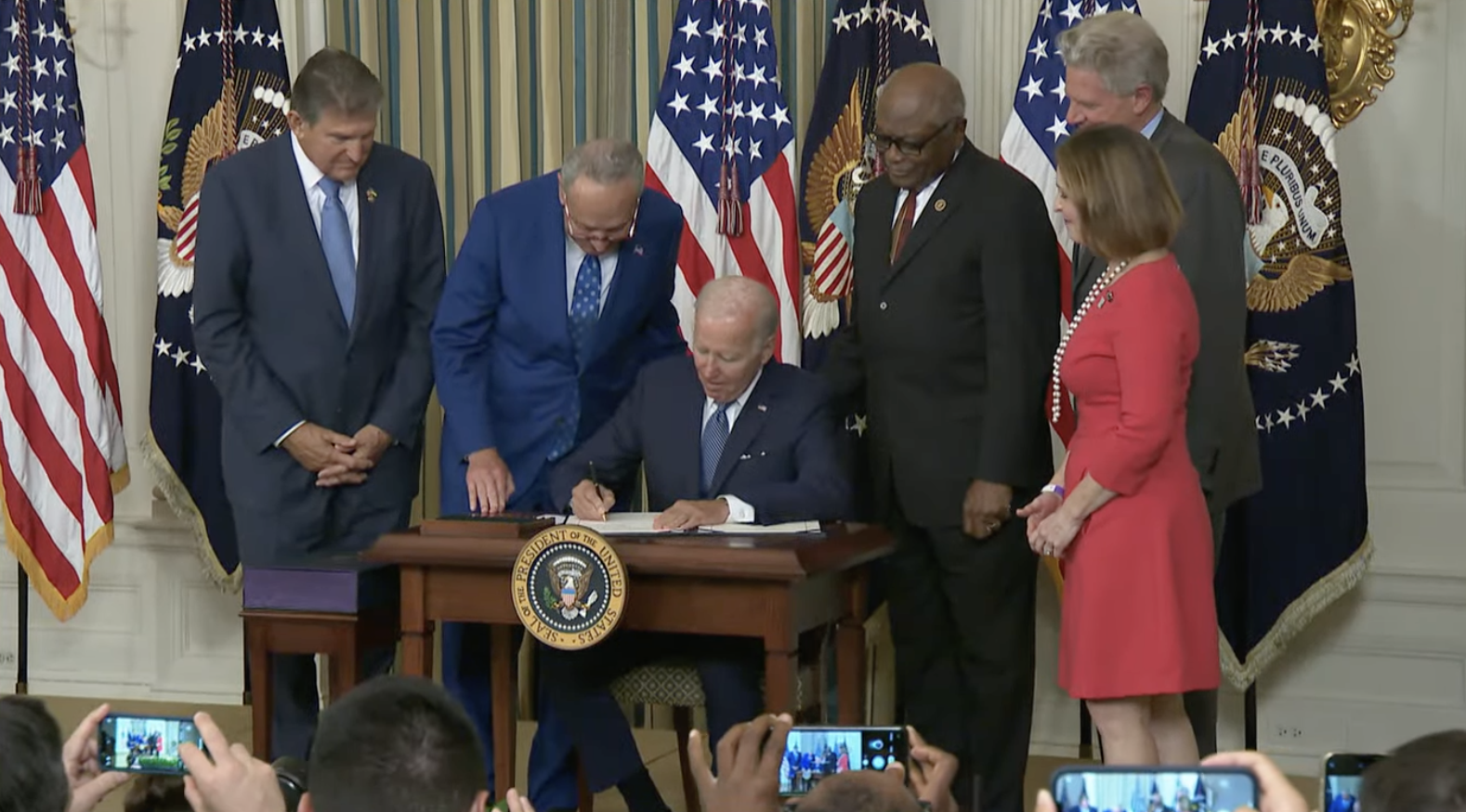 “President Biden’s signature on the Inflation Reduction Act is a historic step forward in achieving affordable health care for everyone, making long-overdue improvements in Medicare and the Affordable Care Act, lowering drug costs for seniors, and stopping pharmaceutical corporations from raising the prices of drugs faster than inflation. The bill will save health providers and taxpayers $288 billion over the next 10 years without raising taxes on anyone who makes less than $400,000 per year. We thank our Nevada delegation members, Representatives Dina Titus, Susie Lee, and Steven Horsford, for being part of the House majority getting this legislation over the finish line and onto the president’s desk. It’s shameful that Congressman Mark Amodei was the sole Nevada representative who opposed this landmark bill, giving in to wealthy interests over the well-being of Nevadans.

Nevadans, particularly seniors who require the most prescriptions, have waited far too long for the affordable medicines they need to stay healthy because of drug corporations’ price gouging. The prices of half the drugs covered by Medicare increased faster than inflation in recent years, leaving countless Nevadans without access to the prescriptions they need. Medicare Part D enrollees currently spend nearly $3,000 a year out of pocket on prescription drugs – leaving many of them to skip doses or forgo other necessities so they can take medicine, especially as inflation has increased the cost of everything from food to housing.

This legislation also makes historic progress improving the climate and environmental conditions that contribute to respiratory disease, including reducing pollution, cutting carbon emissions, transitioning to more ‘clean’ sources that make energy more affordable for households, and creating good jobs that fuel economic security. The impact of air pollution is felt particularly hard in Nevada, where communities of color are significantly at risk of health problems due to climate change.

All of these positive changes are paid for with increased taxes on the richest corporations making over $1 billion in profits and by giving the Internal Revenue Service the resources it needs to track down wealthy tax cheats who for years have avoided paying what they owe to support an economy that works for everyone.

We again recognize Senator Catherine Cortez Masto and Senator Jacky Rosen for going to the mat for this legislation in the Senate. While Republican disinformation, fueled by high-dollar lobbying from Big Pharma and Big Oil, sought to kill this bill, most of our Nevada delegation overcame and delivered. We are proud to see the majority of our delegation fight for working families above wealthy corporations, and we look forward to educating our Nevada communities about the positive effects of this legislation for the near and long term, especially going into the 2022 midterm elections.”