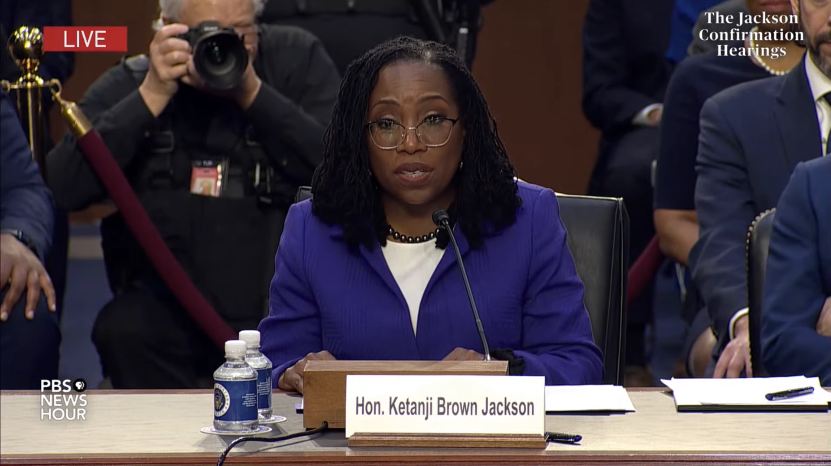 NEVADA – Today, the U.S. Senate Judiciary Committee concluded a 4-day marathon of hearings on the nomination of Judge Ketanji Brown Jackson to the Supreme Court by President Joe Biden. If confirmed by the Senate, Jackson would be the first Black woman, and public defender, to sit on the highest court in U.S. history.

“All Americans, regardless of background, color and gender deserve to see themselves reflected in every part of our federal government, including the Supreme Court of the United States,” said Annette Magnus, Executive Director of Battle Born Progress. “Judge Ketanji Brown Jackson’s fair-mindedness and vast repertoire of experience was on full display this week as she thoughtfully answered questions on a variety of topics, including the freedom to vote, the right to access abortion, and defendants’ rights within the criminal justice system. The nearly 600 federal court decisions which she has issued, combined with her background as a public defender, will prove to be invaluable in ensuring that every person – not just the wealthy and powerful few – have equal justice in the law. The hearings also made clear that she has broad support among the legal community and both law enforcement and criminal justice reform advocates alike.”

“Unfortunately, in contrast to their promise to contribute to a respectful hearing, Senate Judiciary Republicans engaged in disgusting smears and insinuations about Judge Jackson’s character and judgment throughout the four-day process. It was sickening to watch the likes of Senators Lindsey Graham, Ted Cruz, Josh Hawley, Tom Cotton, and others lean full tilt into political attacks in an attempt to defame an accomplished legal mind like Judge Jackson, no doubt aggravated by her being a Black woman positioned to sit on the Supreme Court. Those who circled their wagons around Brett Kavanaugh, as credible sexual assault allegations were made against him, have no place lecturing anyone about their commitment to holding predators accountable for their crimes.”

“The Senate should swiftly confirm Judge Jackson, as they already have three times previously, without delay. We urge Senator Catherine Cortez Masto and Senator Jacky Rosen to carefully review Judge Jackson’s record of experience throughout her prolific legal career and vote to confirm her to the Supreme Court as her nomination moves before the body. We again thank President Joe Biden for putting forward this excellent history-making nominee.”