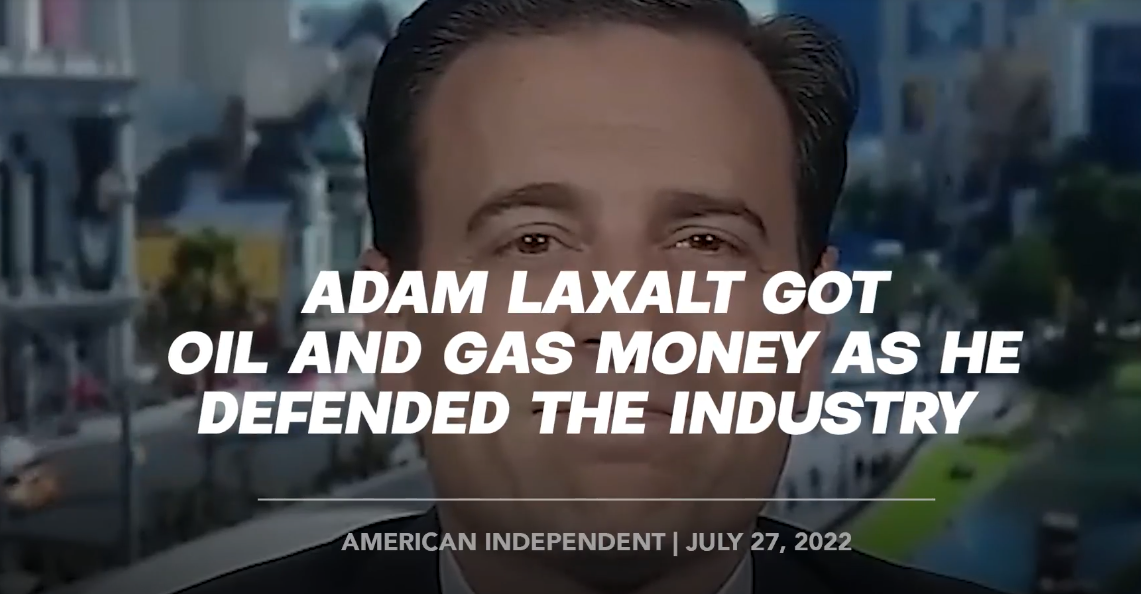 NEVADA – Today, Battle Born Progress released an ad about Adam Laxalt, Republican Candidate for United States Senate, accepting money from out-of-state billionaires who support everything from privatizing public schools to lax regulations for big polluters. These billionaires, like Jeff Yass and Richard Uihlein, are investing in candidates like Laxalt to advance their own agenda at the expense of working Nevadans. While Nevadans struggled to keep up with the rising cost of rent and feed their families, these same billionaires continued to increase their wealth over the first two years of the pandemic. Nevada billionaires alone increased their wealth by 60% since the start of the pandemic.

Billionaires are using their money to drown out average voters’ voices in the upcoming elections, by subsidizing politicians like Adam Laxalt who will do their bidding once in office. In a democracy, election outcomes should depend on the voters, not on billionaires who hoard their wealth so they can leverage millions to keep the system rigged in their favor, including tax loopholes and special breaks that prevent the richest Americans from paying what they owe in taxes.

Instead of protecting Nevadans and representing our values, Adam Laxalt is beholden to ultra-rich billionaires who have an agenda that keeps them getting richer at the expense of working families. It’s clear that some candidates, like Adam Laxalt, are willing to sell our state to the highest bidder. It’s time to stop the ultra rich from meddling in our elections and let the people decide what is best for Nevada.