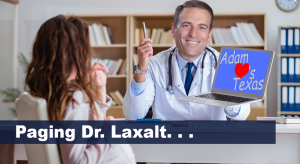 LAS VEGAS – In a stunning 5-4 decision by the Supreme Court this morning, the California Reproductive FACT Act was struck down on a first amendment violation in a challenge brought by the anti-choice group National Institute of Family and Life Advocates (NIFLA). Justice Clarence Thomas delivered the majority opinion, ruling that so-called “crisis pregnancy centers” may operate without medically accurate information about contraception and abortion displayed. The opinion also states that these centers have obligation to disclose their lack of licensure for providing medical advice. In January, Nevada Attorney General Adam Laxalt signed onto an amicus brief written by Texas Attorney General Ken Paxton in support of NIFLA’s challenge to the California law.

“Today our country regressed by once again stripping rights of women everywhere. The Supreme Court has ruled that the law of the land now, is for fake doctors to lie to women without consequence. As of this morning, we live in a country where a woman is not legally entitled to factual information about her pregnancy and her options regarding her health.

Today we remember that Adam Laxalt helped bring us to this point. Laxalt signed our state onto supporting this archaic and disgusting legal challenge. This isn’t the first time that Laxalt has advocated for taking us back to the dark ages. He also signed onto a brief defending Texas’ abortion ban law that had been ruled as unconstitutional.

Laxalt isn’t fighting to protect women or make our lives better. He’s fighting to take our rights away and turn our country into something out of the Handmaid’s Tale.

What Laxalt doesn’t understand is that Nevada is a pro-choice state and we will not let this extremism stand. This extreme, anti-woman agenda is not the Nevada way and we will work every single day to show that Nevada will not go backward.”

The California FACT Act was intended to require medically accurate information about contraception and abortion to be displayed in so-called “crisis pregnancy centers”, as well as disclaimers that such centers were not professionally licensed. Crisis pregnancy centers pose as medical clinics and often deceive and intimidate pregnant women into not seeking an abortion.