Joe Lombardo Must be a Governor for Working Families, Not Billionaires - Battle Born Progress
18120
post-template-default,single,single-post,postid-18120,single-format-standard,ajax_fade,page_not_loaded,,qode-title-hidden,qode-child-theme-ver-1.0.0,qode-theme-ver-13.7,qode-theme-bridge,wpb-js-composer js-comp-ver-5.4.5,vc_responsive 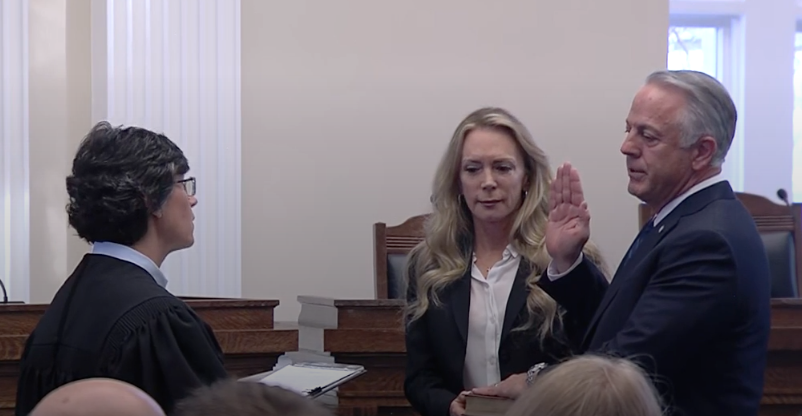 02 Jan Joe Lombardo Must be a Governor for Working Families, Not Billionaires

Joe Lombardo Must be a Governor for Working Families, Not Billionaires

CARSON CITY, NV – This morning, Joe Lombardo was privately sworn in as Nevada’s next Governor, inheriting the office from Steve Sisolak, after a narrow win in the 2022 Midterm election. Governor Lombardo will address the Nevada Legislature on January 23rd, delivering a State of the State address.

“Firstly, we are incredibly thankful and proud of Governor Steve Sisolak for the work he put in to move Nevada forward. No Governor wants to deal with an unprecedented global pandemic, but Sisolak met the challenge head-on and was willing to put his political popularity on the line for the sake of saving countless Nevadans’ lives and doing what was necessary to keep Nevadans safe. We owe him a debt of immeasurable gratitude, and wish him well in his future endeavors,” said Annette Magnus, Executive Director of Battle Born Progress. “While Governor Joe Lombardo does not align with us on numerous critical issues, we nonetheless congratulate him on his inauguration today, wish him good luck, and express our intent to work with him and his office during the upcoming legislative session to address serious issues facing working families in Nevada. We anticipate he will find that governing our state at this critical time to be a serious challenge, and that rhetoric of lofty promises, or dismissing critical health care programs as ‘bullshit’, is far easier than getting to work improving the lives of everyday Nevadans.

With rent costs being among the second highest in the nation, and unchecked abuse from landlords forcing some out of their living situation altogether, it is a dire imperative that Governor Lombardo work with the legislature to rein in abusive practices and find ways to stop the escalating cost of housing in our state. Though Budget Suites tycoon Robert Bigelow was a major backer of Lombardo’s run for office, we hope his office will be listening just as closely to the testimony of tenants and struggling Nevadans.

Additionally, with the most recent data confirming what educators have said for years – that Nevada public schools are among the worst funded in the nation – we urge the new Governor to reconsider his stated commitment of defunding public education in favor of private school vouchers, and instead work to address the shortage of educators leaving the profession and the state, in part by ensuring said educators are safe, supported, and compensated fairly for the work they perform.

Finally, we hope the Governor learned from the chicanery within his own gubernatorial primary, and the failed campaigns of election deniers who shared a ticket with him, that Nevadans are done with the lies and extremism, and agree our elections have been, and will continue to be, highly secure, safe, and accessible to every eligible voter. To that end, he should resist calls from the MAGA elements within the Republican caucus to roll back laws enhancing the freedom to vote, and reject restrictive proposals like voter ID, which aim only to disenfranchise voters.

We’ll be following the latest from Governor Lombardo’s office very closely, and will seek to hold him accountable to his willingness to be a Governor for all Nevadans, not just the ultra-rich and corporations. His win was not a mandate from voters and he must represent ALL Nevadans going forward.”