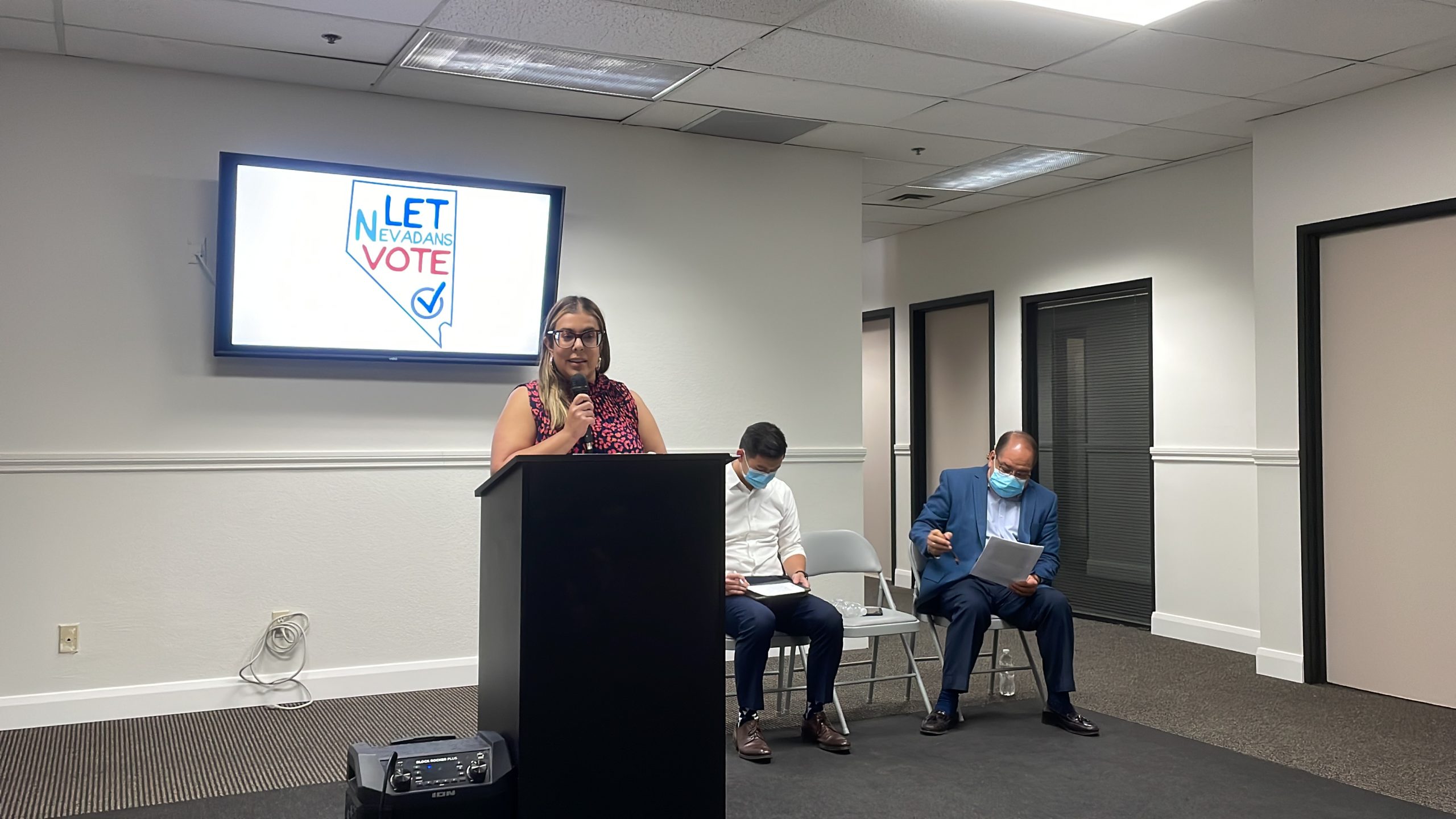 LAS VEGAS, NV – Monday morning, the Let Nevadans Vote coalition, comprising 25 community organizations dedicated to civic education and engagement of Nevada voters, hosted a press conference voicing their concerns on a possible ballot initiative for the 2022 midterm which, if-passed, would enact a top-5 ranked-choice voting system for Nevada elections. As the leading voting rights coalition in the state, Let Nevadans Vote gathered to discuss this troubling ballot initiative, dubbed by sponsors as the ‘Better Voting Nevada Initiative’ on behalf of the diverse communities across the state of Nevada that the coalition member organizations represent.

“The Let Nevadans Vote coalition is proud to have advocated for policies that have expanded access. We are not afraid of changing our electoral system for the better. However, the rank choice voting ballot initiative does not align with our pro-voter stance. The process is complicated, time-consuming, confusing, and will inevitably result in increased errors. With increased errors will come an increased amount of ballots being thrown out and uncounted, ultimately disenfranchising voters, particularly those from BIPOC, low-income, and other marginalized communities. This policy goes against all the work we’ve done to make access to the ballot better for our communities. Nevada has come too far in our to work expand voting rights in Nevada to take a step back now.”

“ACDC believes in educating and empowering the voters in our AAPI community, which includes seniors, new and naturalized voters, and voters who speak English as a second or third languages. As a community-based nonprofit, we pour time and resources into ensuring that our communities not only have the access and knowledge to cast their ballot, but are excited to do so. The ranked choice voting process outlined in the ballot initiative is time intensive and confusing, putting us a step backward. We are here to celebrate democracy, not create burden and extra steps for voters.”

“Our democracy is built upon one person having one vote, and the proposed ranked choice voting system undermines that core concept. The ranked choice voting ballot initiative will make how we vote more complicated and make it difficult to fix because it will be put into our state constitution. The process outlined in the ballot initiative increases the possibility of voter error, which could result in votes being thrown out. In other places that have implemented ranked choice voting, up to five times as many ballots have been thrown out because of error. My voice is my voice in the future I want to see in Nevada. I don’t want my voice to be discounted because of a complicated voting system.”