Some Advice to the U.S. Senate: #DoYourJob or Find a New One - Battle Born Progress
402
post-template-default,single,single-post,postid-402,single-format-standard,ajax_fade,page_not_loaded,,qode-child-theme-ver-1.0.0,qode-theme-ver-13.7,qode-theme-bridge,wpb-js-composer js-comp-ver-5.4.5,vc_responsive

Some Advice to the U.S. Senate: #DoYourJob or Find a New One 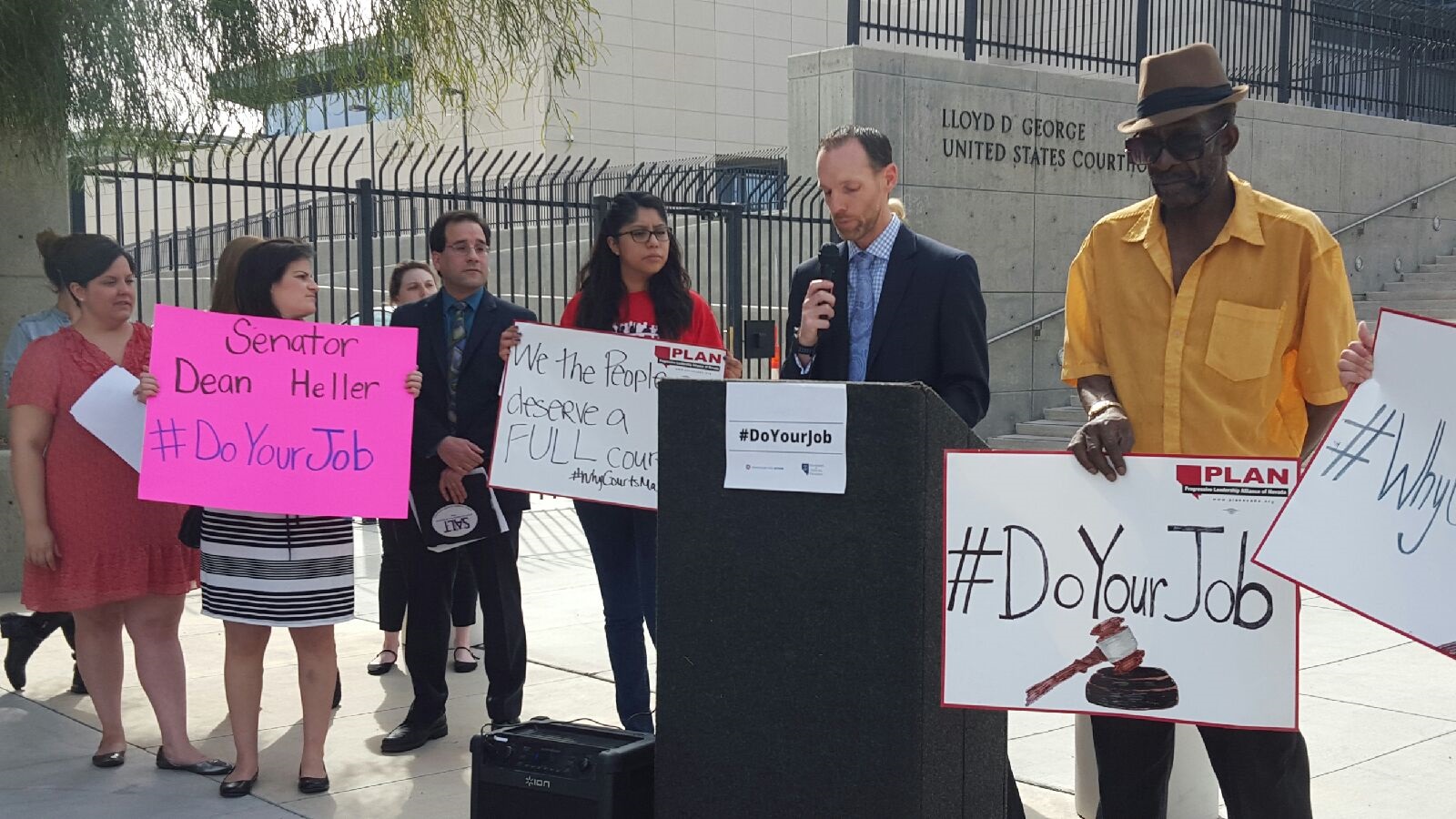 12 Mar Some Advice to the U.S. Senate: #DoYourJob or Find a New One

“[The President] shall nominate, and by and with the Advice and Consent of the Senate, shall appoint … Judges of the Supreme Court.”

In 1989, when I was fourteen, my family went on a cross-country road trip culminating in Washington, DC for a 4th of July fireworks show on the National Mall. But it was the 3rd of July that is would stay with me forever. That morning, we visited the Supreme Court, not knowing that an important abortion case — Webster v. Reproductive Health Services — would be handed down while we were on the courthouse steps. Anti-abortion activists wielding coat hangers and fetal parts in jars cheered the ruling, which gave states more power to restrict abortions.

The deciding vote in Webster was cast by Justice Anthony Kennedy. Kennedy was nominated by a lame duck Republican president (Ronald Reagan) at a time when Democrats controlled the U.S. Senate. Despite the partisan divide and despite being in the midst of a hotly-contested election year (1988), the Senate did its job, holding confirmation hearings and confirming Kennedy’s nomination on a bipartisan, unanimous vote.

With the recent death of Justice Antonin Scalia, President Obama has announced that he will soon fulfill his obligation to nominate a replacement justice in accordance with Article II, Section 2, of the U.S. Constitution. Senate leaders, including Majority Leader Mitch McConnell and Judiciary Committee Chair Charles Grassley, by contrast, have announced that will not do their job, i.e., will not even meet with the nominee, let alone hold hearings. McConnell and Grassley state that considering a Supreme Court nominee in an election year is inappropriate and unprecedented, though both had no problem voting to confirm Justice Kennedy in 1988.

The Framers established an orderly process for filling court vacancies to ensure that the court system operates efficiently and effectively. Currently before the Supreme Court are a broad range of cases that affect the rights, and even the liberty interests, of Nevadans. Just last week a critical case affecting abortion rights, Whole Woman’s Health v. Hellerstedt, was heard. Another case currently pending before the Supreme Court, Tyson Foods v. Bouaphakeo, would have wide ranging effects on the ability of workers to pursue unpaid minimum wage and overtime claims as a class. Other pending cases would affect affirmative action programs, public employee union rights, and access to contraception under Obamacare.

Without a nominee confirmed, the Supreme Court will not only be hampered for the current term, which ends in June, but for its next term, which starts in October. Absent a majority ruling from the Supreme Court, a patchwork of conflicting decisions from appeals courts will stand. That means if senators don’t do their job, Nevadans face the prospect of having different rights — from workers’ rights to abortion — than those in other states for the foreseeable future.

Nevada Republican Congressman Mark Amodei has stated, if anyone in the Senate is afraid to do their job and vote on a Supreme Court nominee, “they should probably find a new job.” I would join with Congressman Amodei in calling on all senators, including Senator Dean Heller, to #DoYourJob or find a new one.