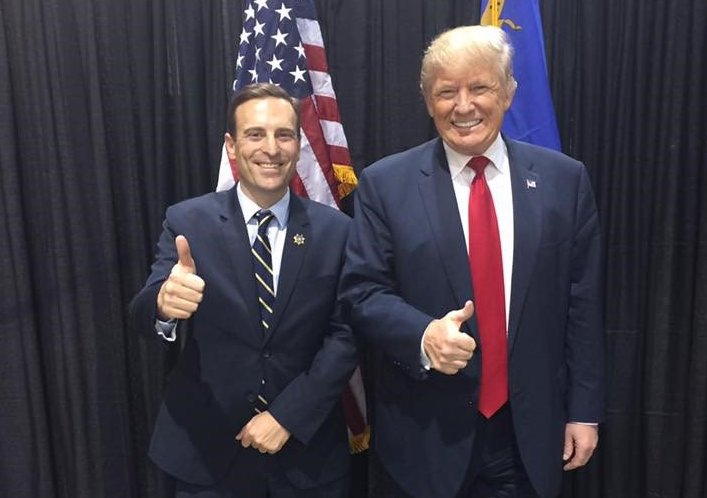 17 Nov Statement on the Latest Trump Campaign Stunt in Nevada

Posted at 23:52h in News by Will Pregman
0 Likes
Share

LAS VEGAS, NV – Today, former Nevada Attorney General Adam Laxalt and representatives from the Trump campaign held a press conference to discuss their lawsuits based on their claims that Trump won Nevada.

“Today’s press conference from Adam Laxalt and pals was more of the same discredited attacks on the integrity of Nevada’s election that we’ve heard from both him and Donald Trump over the past two weeks. Their remarks today show they’ve learned nothing from the previous failed lawsuits and confirm once again that this a grift and a partisan communications stunt, not a good faith investigation into the integrity of the election. Notice that they only claim the results are irregular in the races they lost, but not those they won. We’re sure that’s just a total coincidence.”

“Laxalt all but said the reason they don’t have evidence is because it’s too hard for them to gather evidence. The trotting out of unfounded ‘concerns’ from random people, the unsubstantiated testimony of an anonymous whistleblower, fear mongering about dead voters, and peddling false information about the vote counting and signature verification processes shows that the Trump campaign and Nevada GOP are just continuing to delay the inevitable loss and prevent a smooth transition of power. For them to claim that the totality of all this ignorant hearsay is reason for any court to silence the will of the people who voted in record numbers during this election is absurd. A multi-racial, working class coalition of voters decided on new governance this election. In particular, Indigenous communities across Nevada were enfranchised for the first time. These tactics from the Trump campaign and Nevada GOP are expressions of fear and voter suppression, plain and simple. The results in all but one race have been certified. It’s time for the voices of Nevadans to be respected. These baseless conspiracy theories should be put to bed and we must move forward with the new leadership Nevadans and this country voted for.”