Rep. Amodei doubles down on his vote in favor of making Nevadans Sick and Hungry 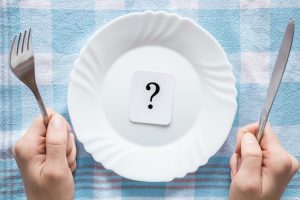 LAS VEGAS –  Today, the U.S. House of Representatives voted on the 2018 House Farm Bill, H.R.2. H.R. 2 will make significant cuts to the Supplemental Nutrition Assistance Program (SNAP). The bill passed with a narrow 213-211 vote, with Nevada’s Congressman Mark Amodei joining the “Yeas”. The rest of Nevada’s delegation voted “No”. Congressman Amodei represents Congressional District 2 in Nevada, in which 11.1% of households depend on SNAP, according to the Food Research & Action Center.

“To say we are disappointed in not only the passage of this bill but especially in Congressman Mark Amodei is an understatement. Amodei and the rest of the Republicans that voted ‘yea’ to pass this bill while taking food away from millions of Americans is immoral, unethical and unconscionable. Every single one of these people should be ashamed. Over 400,000 Nevadans depend on SNAP in order to put food on the table and instead of standing up for these thousands of Nevadans, Amodei decided to vote for a bill that will make them hungrier and sicker. This bill now moves to the Senate, we expect that both our Senators, Heller and Cortez-Masto, do the right thing and ensure that SNAP is strengthened and not cut.”