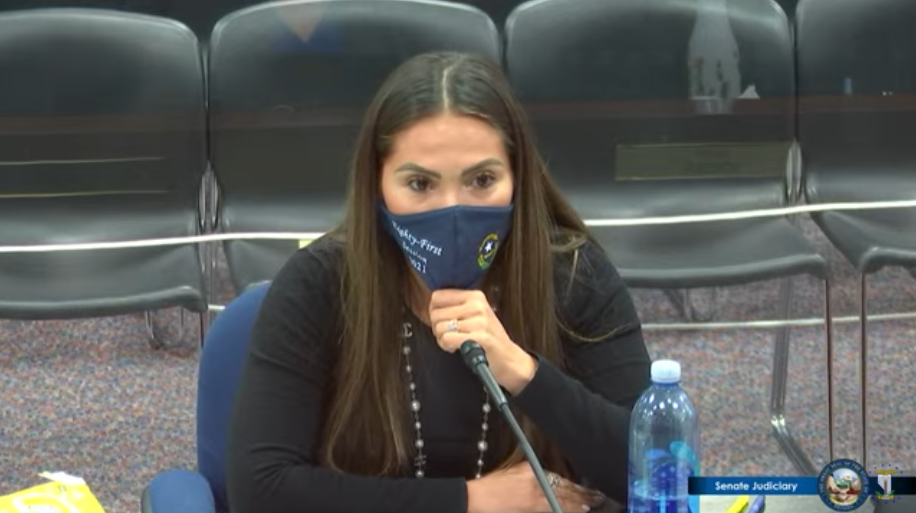 Posted at 23:17h in News by Will Pregman
2 Likes
Share

Ghost guns, or inexpensive kits to assemble untraceable firearms, are not subject to background checks or other firearm laws, making them the weapon-of-choice in hundreds of violent crimes across the country. Most recently, ghost guns were recovered in a police raid in Pennsylvania, amongst Neo-Nazi paraphenilia and $1 million worth of methanphetamine.

“I will never be able to adequately explain what it feels like to endure 10 minutes of constant gunfire, with thousands of rounds raining down on you. Ten minutes felt like an eternity. I’ve made it my mission to work so that no one, neither Nevadan nor visitors to our state have to experience that type of hell again. Banning untraceable, unmarked guns and ghost gun kits is just one way we can keep guns out of the hands of dangerous criminals who buy these weapons to avoid background checks.”

“We were proud to testify again in support of AB286 before the Senate alongside gun violence prevention champion Assemblywoman Sandra Jauregui. Her leadership, courage, and willingness to work with stakeholders and colleagues on this issue continues to be admirable. This bill will go far to stop the proliferation of ghost guns across the country and here in Nevada. Assembling unfinished gun parts, without serial numbers, allows for untraceable, deadly weapons to end up in the hands of those who shouldn’t have access to them.”

“Nevada should have no business exporting these weapons, as companies like Polymer80 have done. This company, based in Dayton, was raided after an ATF investigation linked the makeshift guns assembled with their unfinished kits to hundreds of violent crime scenes throughout the United States. As a gun owner myself, I know that responsible gun ownership requires knowing and abiding by federal and state laws to keep our community safe. AB286 will end this shady practice and make our state safer. We thank Assemblywoman Jauregui for her presentation today and Chairwoman Scheible for running a fair and productive hearing. We look forward to the Committee moving this bill forward to a full vote by the Senate.”

“This bill will make Nevada a safer state for all visitors, residents, and families. Ghost guns are an existential threat to public safety, were designed to circumvent existing gun laws, and are marketed for that purpose. They have no place in our communities and threaten public safety and law enforcement. Brady is proud to support this bill, Battle Born Progress and Assemblywoman Jauregui, and urges the Nevada Senate to pass it without delay.”

“Nevada has been a consistent leader in the gun violence prevention space for years —and prohibiting ghost guns only continues that legacy. The rise of ghost guns is the fastest-growing gun safety problem our nation has seen in years. Not only are they untraceable, but they have become the weapon of choice for extremists across the country. We are grateful for Assemblywoman Sandra Jauregui for introducing this bill, and will fight tirelessly to make sure it becomes law this session.”

“Ghost guns are increasingly being used in crimes because they can be purchased without a background check, lack serial numbers and are largely untraceable. This is a clear threat to public safety and AB286 is a critical step forward for protecting Nevada communities. We were honored to join Assemblywoman Jauregui today to present the bill to the Senate Judiciary committee, and look forward to seeing the bill move quickly through the Senate and to Governor Sisolak’s desk.”