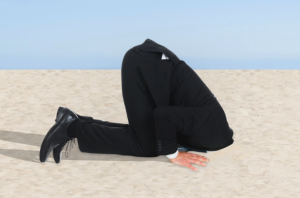 Las Vegas, NEVADA –  Vice President Michael Pence needs to get his head out of the sand and address Nevadans. Instead, he is hiding behind closed-door, expensive fundraisers while in Las Vegas. Pence is in town this Friday; however, his whereabouts have been unknown to the general public, the press, and voters until today.

The stated purpose of Pence’s visit is to attend a private meet and greet and yet another fundraiser for Senator Heller and Attorney General Adam Laxalt. This comes weeks after Pence pulled out of a different closed-door Laxalt fundraiser in Northern Nevada.

“It is unacceptable for a Vice President to keep his visit a secret from the voting public and spend the majority of his time at events with handpicked guests and at high dollar, closed-door fundraisers. None of these events are accessible to ALL veterans in Las Vegas, who make up about one-fourth of the homeless population across the nation. While he will be doing a quick meet & greet with Veterans and the military at Nellis, his purpose for the visit still underlines how inaccessible this administration is. This administration’s focus is on schmoozing with wealthy millionaires and billionaires to help elect unfit, unqualified candidates to offices in which they will cause harm to their constituents.

This Las Vegas visit reinforces how money is required to afford access to the whereabouts of the nation’s Vice President, Senator Heller and Attorney General Laxalt. It is time that Pence and his friends come out of hiding to address hardworking Nevadans and all of the veterans they claim to support.”

“Vice President Pence’s visit to Las Vegas proves that Dean Heller and Adam Laxalt are bought and paid for by the Trump administration. Pence is complicit in the Administration’s policies to separate families and imprison children and Dean Heller is doing nothing to stop them. As the fastest-growing and most progressive voting bloc, young people will hold our candidates and elected officials to a higher standard. They can hold closed-door fundraisers, but they can’t hide from the army of energized, motivated, and registered young voters that will turn out in droves come this November.”

“Mike Pence’s visit to Las Vegas for Laxalt’s private fundraiser is troubling on multiple fronts. It shows Nevadans once again that Laxalt is in the Trump administration’s pockets at a time when the administration is leading an all-out attack on healthcare and a woman’s right to access safe and legal abortion. The lack of transparency surrounding the visit also demonstrates a total unwillingness to be accessible and open to his constituents.

Pence has made a name for himself as being one of the most vocal opponents of Planned Parenthood and women’s rights as a whole including multiple attempts to defund Planned Parenthood and signing one of the most extreme anti-abortion bills in the country during his time as Governor of Indiana. Pence’s support of Laxalt is another way for Nevadans to see what side Laxalt is really on when it comes to the protection of women’s rights.”